At dusk on the 4th evening, we went to Sheep Lake to watch Big Horn Sheep come drink and feed.  We sat for 2.5 to 3 hours and saw nothing but a coyote.  Our kids were fit to be tied we stayed that long.  Garrett sat in the car the whole time and Maddie and Owen were back and forth, in and out.  Later we find out through a different park ranger that no sheep had been seen for a week and were lambing up high in the mountains.  Regardless...the beauty of God's Creation was wonderful!﻿ 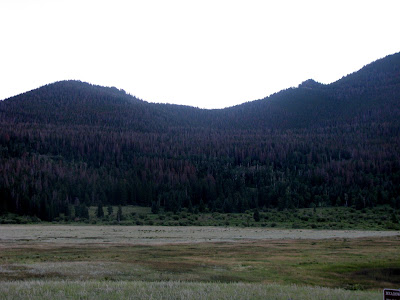 Trying really hard to see something!
It was also funny to watch cars pull in cuz we are sitting outside and pointing at things.  Cars would pull in and then 5 minutes later pull out! 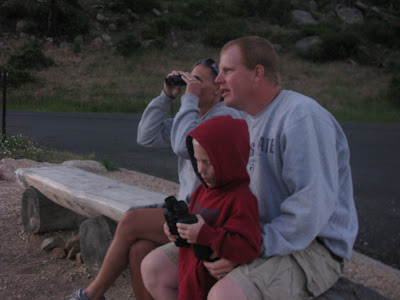 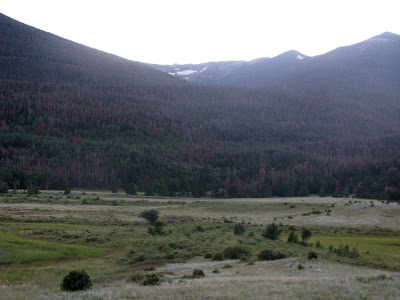 Last day we did what the kids had been dying to do since we got to Estes Park.  Fun City!  We played putt-putt. 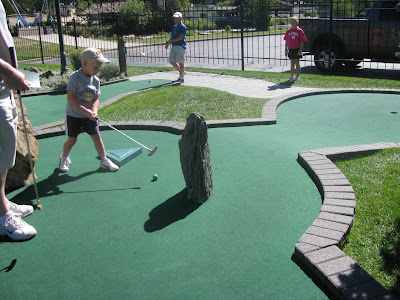 Garrett and Brent getting Maddie's ball out of the water! 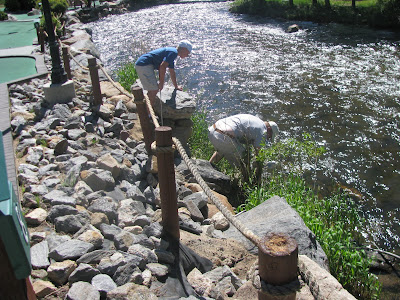 Owen and Garrett going down slide.  Owen's one and only time!  He did NOT like it. 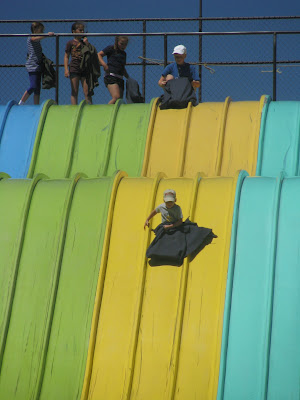 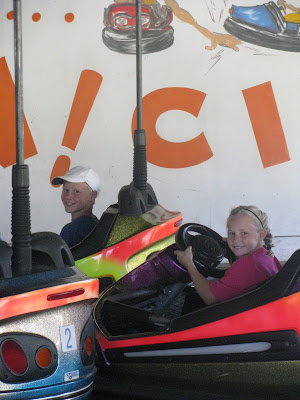 Maddie wanted to do the bungee trampoline thing 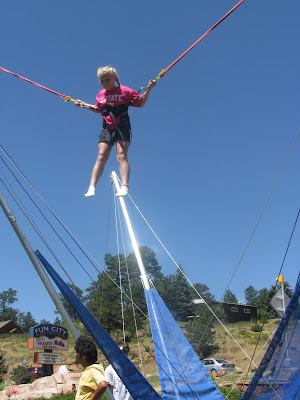 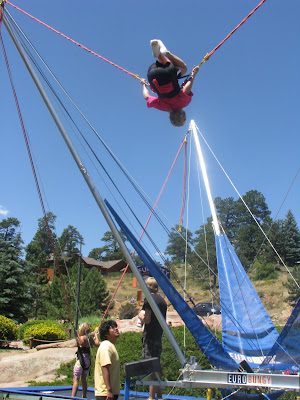 AND Go-KARTS...the funnest thing.   We had races and competitons.  Just so you know...Owen is totally faking the smile..he was not happy he had to ride with MOM.. 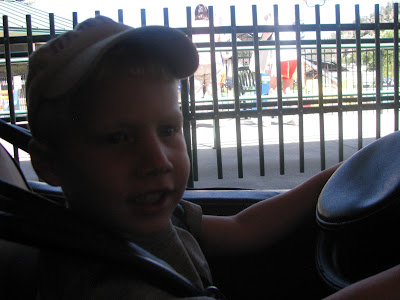 Maddie finally got her way and got to ride with Dad...I was totally offended! 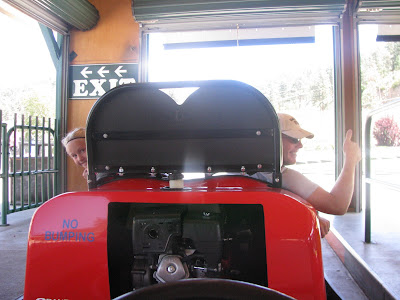 Few misc. pics from here and there. 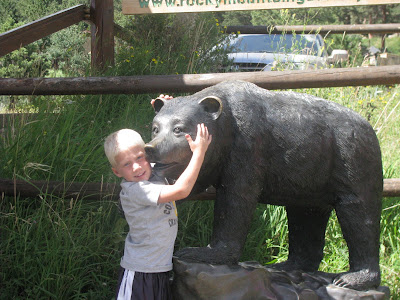 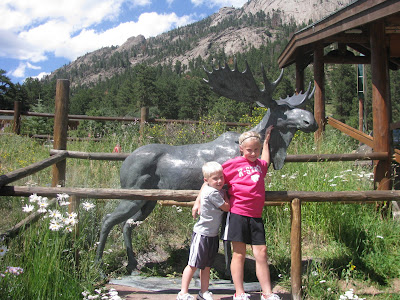 We also walked up to some falls that were created by a flood. Kids had a good time crawling around on the rocks.  Garrett wasn't into posing with statues! 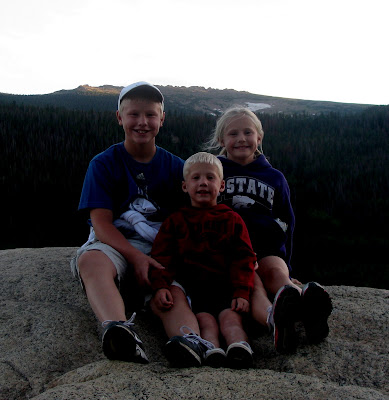 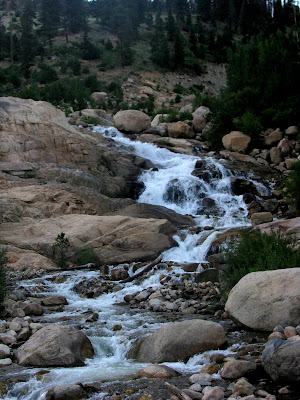 I didn't get a shot of our little condo/cabin.  But this was the view from the back deck.  owen and I walked down there one evening and he threw rocks and talked to himself.  It was priceless. 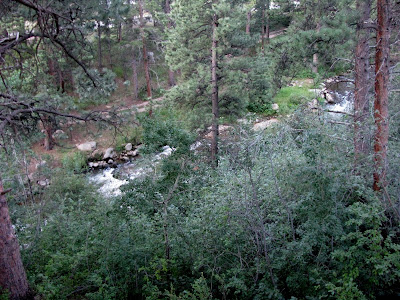 And looking towards RMNP. At sunset. 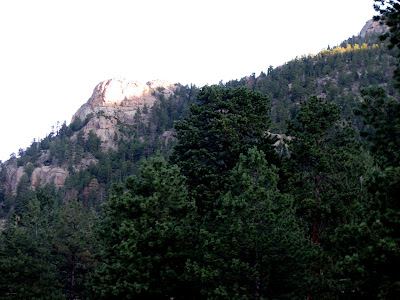 There is nothing more special than a Family Vacation.  Even though the first couple of days are rough as we are not used to being around each other 24/7.  But for the most part we all did well.We grilled hb's and hotdogs and ate on our deck two nights in a row and just relaxed.    I am thankful for my husband who works so hard for us to be able to go on vacation and that he was able to get a break too! Even if only for a short while.  The kids might have complained some, as well as I, but they are already talking about things they did and remember and can't wait to go back!  You don't have to go anywhere fancy or special or far away, taking a break as a family and doing things as a family is what is important.  Try it sometime!
Posted by The 5 C's at 3:11 PM 2 comments: