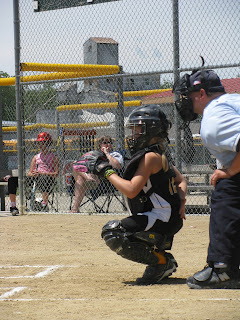 This is Maddie again.  I was catching in chapman on father's day weekend.
We went 3-1 they lost to the team they played first in the morning.
We had fun and one of our teamates was really excited  because she lived in chapman. 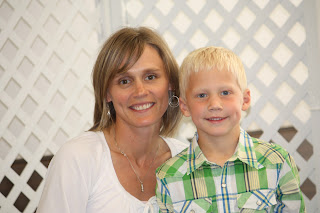 Here is Owen and mpm at his mothers day tea party at preschool. 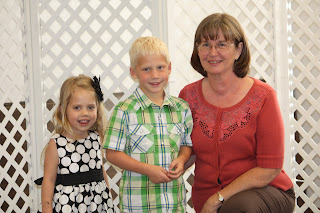 Here Owen is with his teacher Kim Larson also known as Mrs.Kim and cousin Boston. 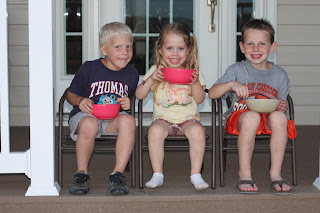 Here is Owen cousin Boston and Brooks eating icecream when we went over a couple weeks back. 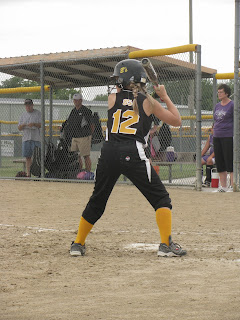 Here I am  up to bat in Chapman.

Garrett is still around, but is working some with Grandpa and Grandma so we don't get too many pics of him.
Posted by The 5 C's at 9:49 PM 1 comment: