On Sunday we went to Brent's parents house to see them. We hadn't seen them in awhile. With us not at Longford anymore the kids don't get off the bus there and we have been pretty busy. While we were there, the kids helped do chores, ride in the tractor, and use the 4-wheelers to help go look for a calf. I am not sure this mom is ready for her 2 older children to say they can drive the 4-wheelers by themselves. I am a nervous nelly about stuff like that. Anyway...Grandpa Derald told the kids that the beans were almost as tall as Maddie and wanted to show them. Of course, they jumped at the chance to drive the 4-wheelers even more. And sure enough, the beans were almost has tall as Maddie and were TALLER than Owen. 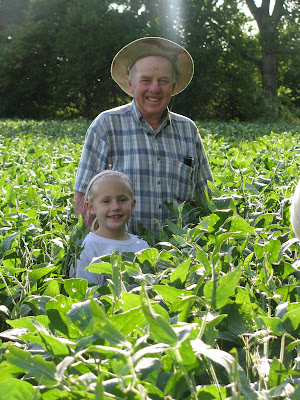 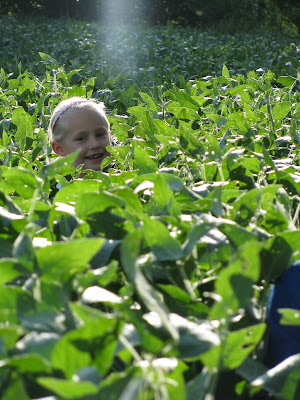 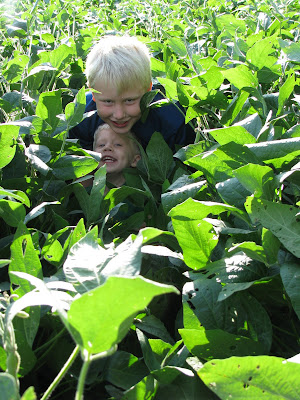 Owen and Garrett in the beans 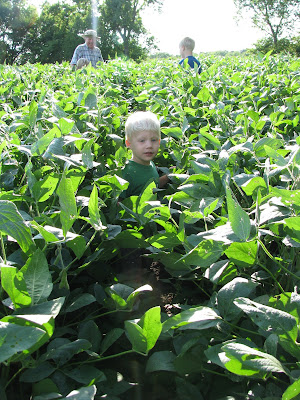 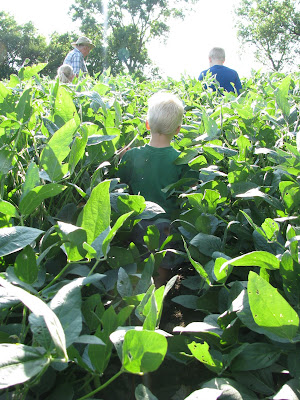