Labor Day at the Craig's only means that Brent doesn't go to his normal day job. That's it, period. So there was still "labor" happening. But this Labor Day was a little more special than others as it was Brent's BIRTHDAY. I won't post any baby pics. Not because I don't want to but because I'm not exactly sure where they are at-at this moment. 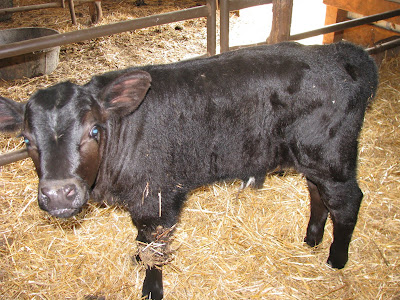 Owen liked the calf. He wanted to pet him, but then again-maybe not. 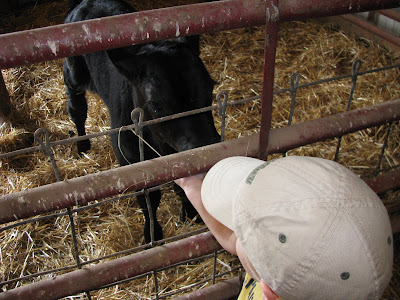 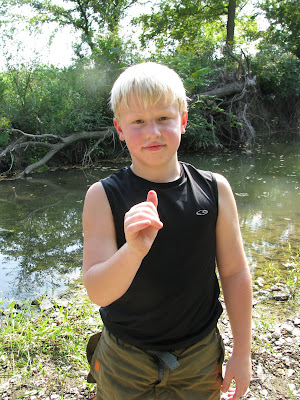 Although, Garrett did have an issue w/a fish. We had so many in the bucket that one jumped out and as he was picking it back up to put back in, he caught his thumb on a fin. Gave him a little poke and was bleeding. (I promise his zipper is up, I think that is a belt and not underwear) 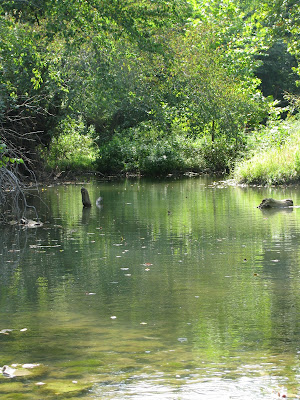 This is the creek that runs right below my parents house. I can't believe we used to swim in it. Although Monday it didn't look too bad. But man it can be dirty! 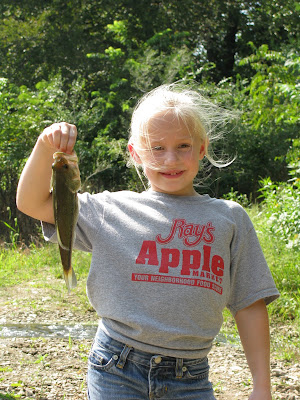 Maddie forever posing. But w/a bass really???? My dad caught this with his spinner. All the fish we caught we took to the pond in the pasture in hopes that we can fish there in a couple of years.