As promised here are some quick pics of some of the stuff we got at NFM.  We did get a tv too,  but I am not taking a pic of the tv (this was really on Brent's want list, I could have found something else, BUT-ya know, sometimes you have to let the man win-hahaha)  I (we) had finally decided on some new patio furniture, but all they had out were some gas grills, guess it was a little early yet.  AND we were still a little nervous that the credit would "magically" disappear, so we went ahead and got a few other things on our "wants" list.


Bar Stools.
These suckers are heavy and sturdy.  Hoping they last a LONG time.  My nephews aren't going to be to happy with us when they find out the don't swivel like our others! 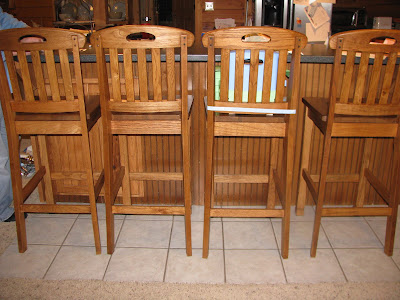 Sofa Table.
I like this a lot.  Its a little bigger than I anticipated (or remembered), but its still good.  Now just need to get up my pics and put a few little "something's" on the bottom shelf.  HOWEVER-its a lot easier to dust when there is nothing on it right?? 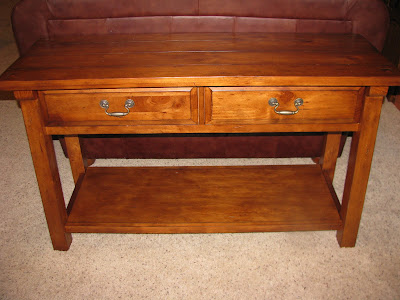 Much to her brother's dismay we got Maddison a desk for her room.  She got to pick it out (with a definate price point), and this is what she picked.
"I" really wanted her to get this cute white wood one, but this is what she wanted. She eagerly did her spelling homework on it last night. 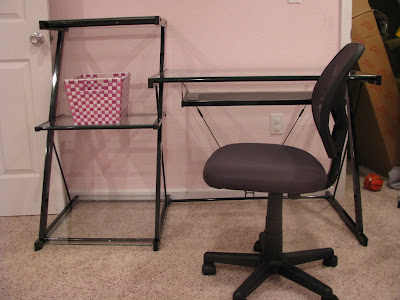 After the desk pick out, you can only imagine the conversations taking place between the older brother and his parents.  So he also got something.  It was some wii game.  I think Indiana Jones maybe???  He was happy after that.
The kids didn't have school on the Monday that we went to NFM.  The kids were troopers the whole time we were there a while, (ummmm...like 3 hours).  Thank goodness for escalators, strollers that look like cars, and movie projection screens that play Night at the Museum 2 repeatedly!!
We also spent the night in a hotel.  It was a really fun "getaway". 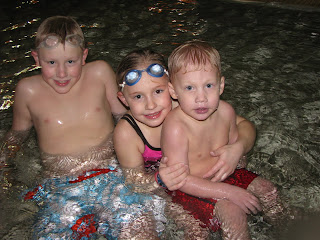 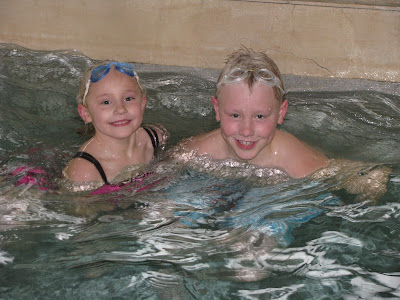 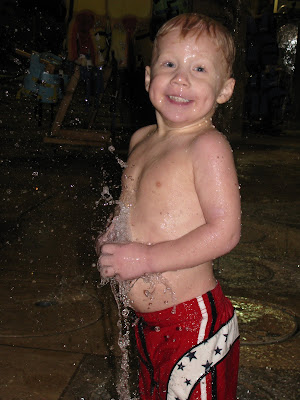 No swivel-chairs? I'll let YOU tell Carter next time we come over! Everything looks great! What's the deal with Mark and the desk? I'll have to ask him this weekend!

Mark-you mean Garrett?? DId I write it wrong?