Royal Gorge- Free (kinda)
We were going to go and do the whole thing. The bridge, tram, park everything. But Maddison started flipping out the day before we after Brent mentioned that the bridge was held by wire. Not a good start. So all that night and the next morning was not good. She thought she was going to throw up in the car. Not sure how much was actually "car sickness" as making her self sick w/worry. We kept telling her she didn't have to go across the bridge, that there were other things to do. So we got there and she was still scared. Garrett said he would go across the bridge but not do the tram/train thing that goes across the royal gorge. So we decided that since neither kid wanted to do anything we were not going to pay. So we did the free overlook and took some back roads/trails around the picnic areas and got a few shots. We also did Bucksin Joe's. They had a train ride that took us to the opposite side of the gorge. Kids had a good time at Bucksin joe's watching the street fights and magic show. Owen loved the train ride!
Royal Gorge 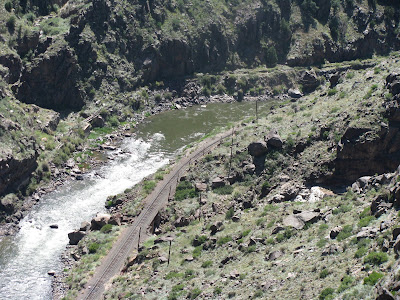 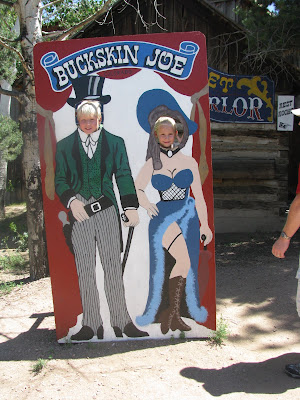 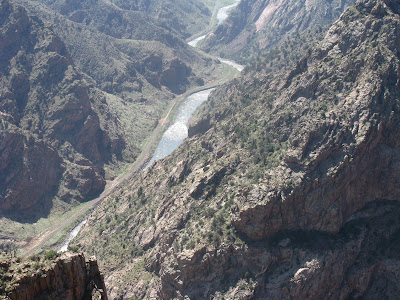 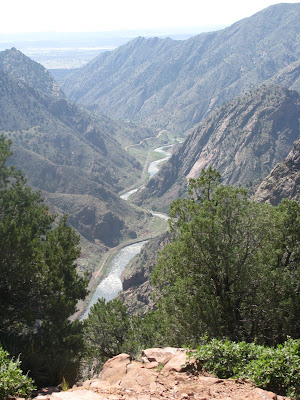 View from the scenic outlook. You can see the bridge in background 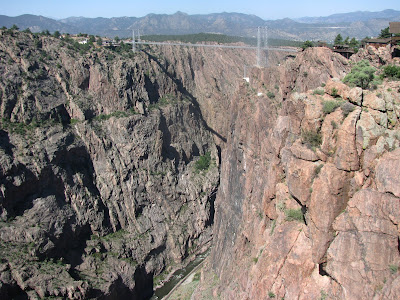 We had an hour ride back to cabin after Bucksin Joe's. Owen took a LONG and much needed nap and stayed asleep at the cabin. Kids and I went swimming. We ordered pizza that night and hung out at the cabin. Another good day!