On Sat. afternoon my famiily and I took off and headed to KC to meet this little gal...Morgan 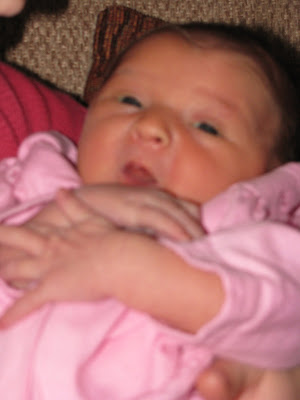 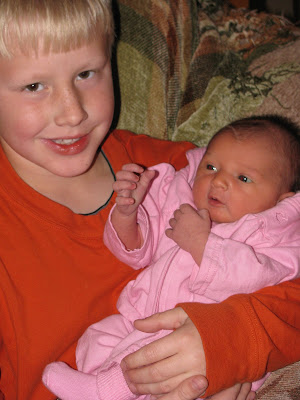 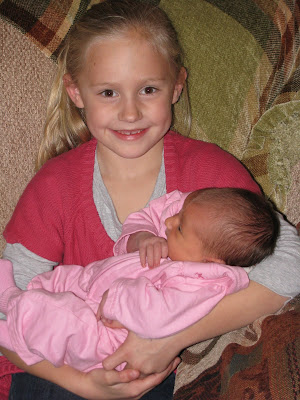 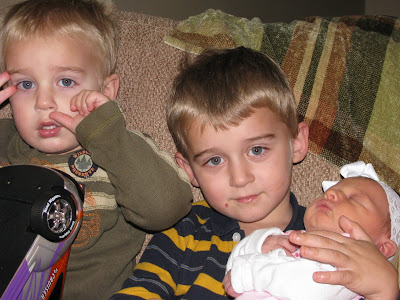 We decided not impose on our gracious hosts anymore and splurged and stayed in a hotel. It was ok. The pool was on the cool side, but hot tub was nice. Brent doesn't like to swim and w/the pool being cold he refused to get in the pool so I had to get in w/owen. While in the pool I cut 2 of my toes on the grate in the bottom of the pool. Man does it still hurt. I have no idea how that happend. Breakfast was ok. But couldn't eat when we wanted because there was a bb team eating and then after they were done just sat in the breakfast area sitting at the 6 tables. It was little annoying that they couldn't sit somewhere else. We could have tried to eat but w/3 kids there was no way we could load up the breakfast and take back up to room. So we waited about and hour and went back down and could eat. The beds were comfortable, but not sure the bathroom had been cleaned all the way. But by 10pm, we decided we could handle it and not try and change rooms. Despite all that we had a good time. Apparently I am a little old fashioned and think that w/the price we payed for a room that we could get a little better room. Overall it was like I said ok. Neither great nor terrrible! Just thankful that we were able to get away. I don't know what it is when we go to a motel that my children just think its a free for all. We were on the 2nd floor and Owen decided that jumping like a frog was a great idea. As luck would have it, we were checking out of rm 217 at the same time rm 117 was checking out. We humbly apologized for the leap frog. The couple was very gracious and said they had 3 children (they were all grown) and we should have no worries!
Posted by The 5 C's at 8:17 PM